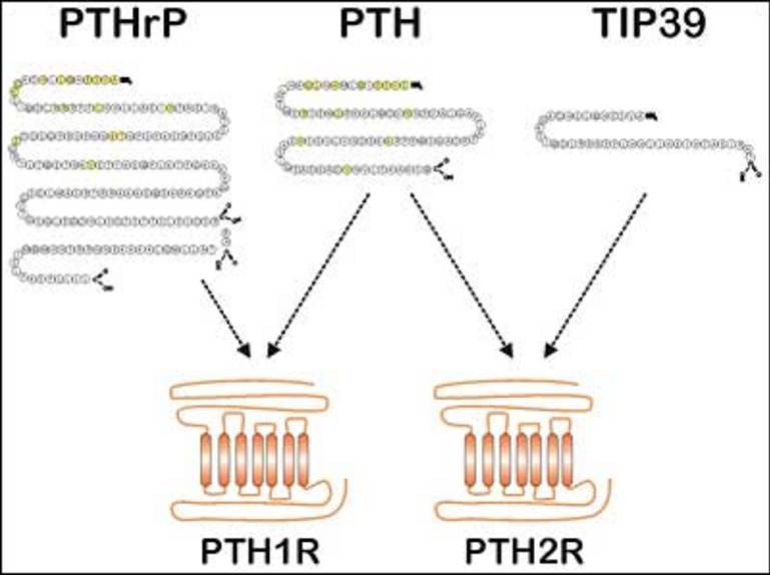 Figure 2. PTH and PTHR gene families: PTHrP, PTH and TIP39 appear to be members of a single gene family. Although only nine amino acids in the NH2-terminal domains of these three peptides are conserved these are functionally important residues. The receptors for these peptides, PTHR1 and PTHR2, are both 7 transmembrane-spanning G protein-coupled receptors which seem to be members of a single gene family. PTHrP binds and activates PTHR1; it binds weakly to PTHR2 and does not activate it. PTH can bind and activate both PTHR1 and PTHR2. TIP39 can bind to and activate PTHR2 but not PTHR1.