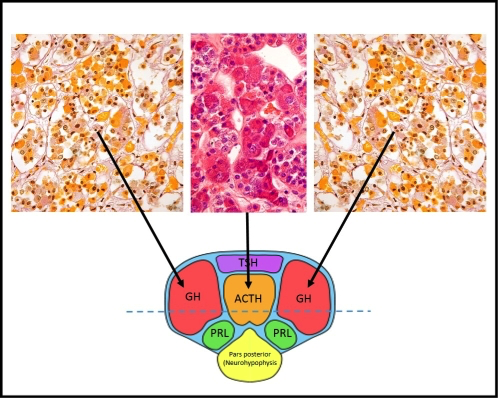 Figure 3a-4: Axial section of the anterior lobe of the human pituitary gland (adenohypophysis) at the level indicated by the dashed blue line in the diagram. Although there is a mixture of different hormone producing cells in most pituitary acini, the distribution of cells is not random: this is most pronounced in the ‘lateral wings’, which contain mostly somatotroph cells and the central ‘mucoid wedge’, which contains the majority of the corticotrophs. This is easily appreciated in periodic acid-Schiff / orange-G (PAS-OG) histochemistry, which stains somatotrophs yellow-orange (OG-positive) and corticotrophs purple (PAS-positive).