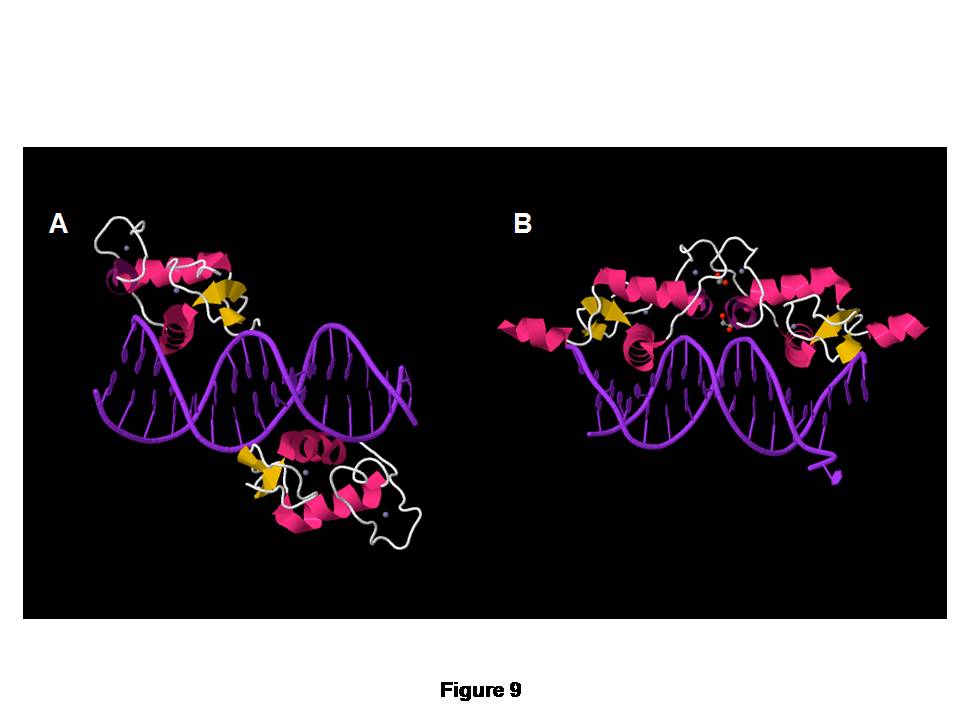 GRa binds nGREs as a monomer at each of its half site (A) in contrast to its binding as a homo-dimer to classic GREs (B). nGREs of the mouse TSLP gene is used as an example.