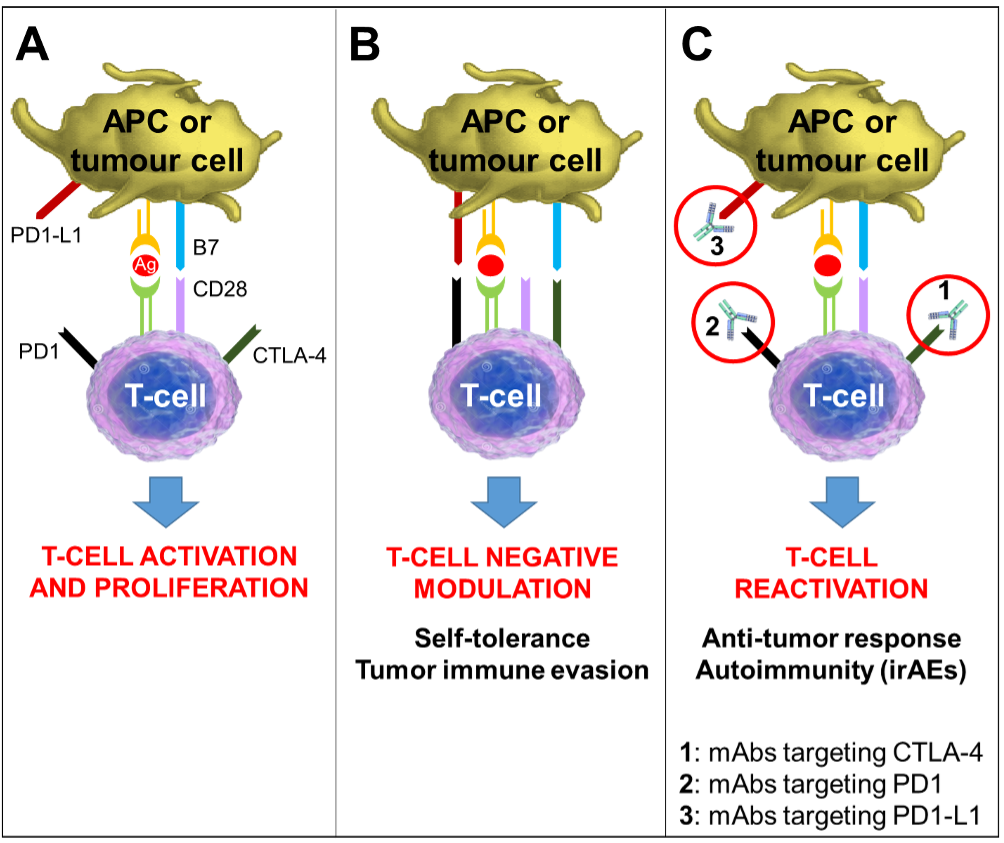 Figure 4. Mechanism of Action of Immune Checkpoint Inhibitors. Tumor antigens are presented to T-cells by antigen-presenting-cells (APCs) via the interaction of the major histocompatibility complex (MHC) and the T-cell receptors, representing the primary signal for activating T-cells. Another costimulatory signal involving interaction between B7 on APCs and CD28 on T-cells is needed to complete T-cell activation and expansion (Panel A). Several co-receptors act as negative modulators of immune response at different molecular checkpoints. The CTLA-4 is induced in T-cells at the time of their initial response to antigen. CTLA-4 is transported to the cell surface proportionally to the antigen stimulation; it binds to B7 with greater affinity than CD28, resulting in specific T-cell inactivation (Panel B). The PD-1/PD1-L1 pathway is not involved in initial T-cell activation: it regulates inflammatory responses in peripheral tissues sustained by already activated effector T-cells. Activated T-cells up-regulate PD-1 and inflammatory signals in the tissue induce the expression of PD1-L1s, which downregulate the activity of T-cells, protecting normal tissues from collateral destruction; this mechanism is also exploited by tumor cells to evade the immune system response (Panel B). Monoclonal antibodies that block either CTLA-4 or PD1/PD1-L1 increase cytotoxic T-cell activity by expanding T-cell activation and proliferation (Panel C). The eventual T-cell reactivation is responsible for the both anti-tumor response and the immune-related adverse events associated with these drugs.