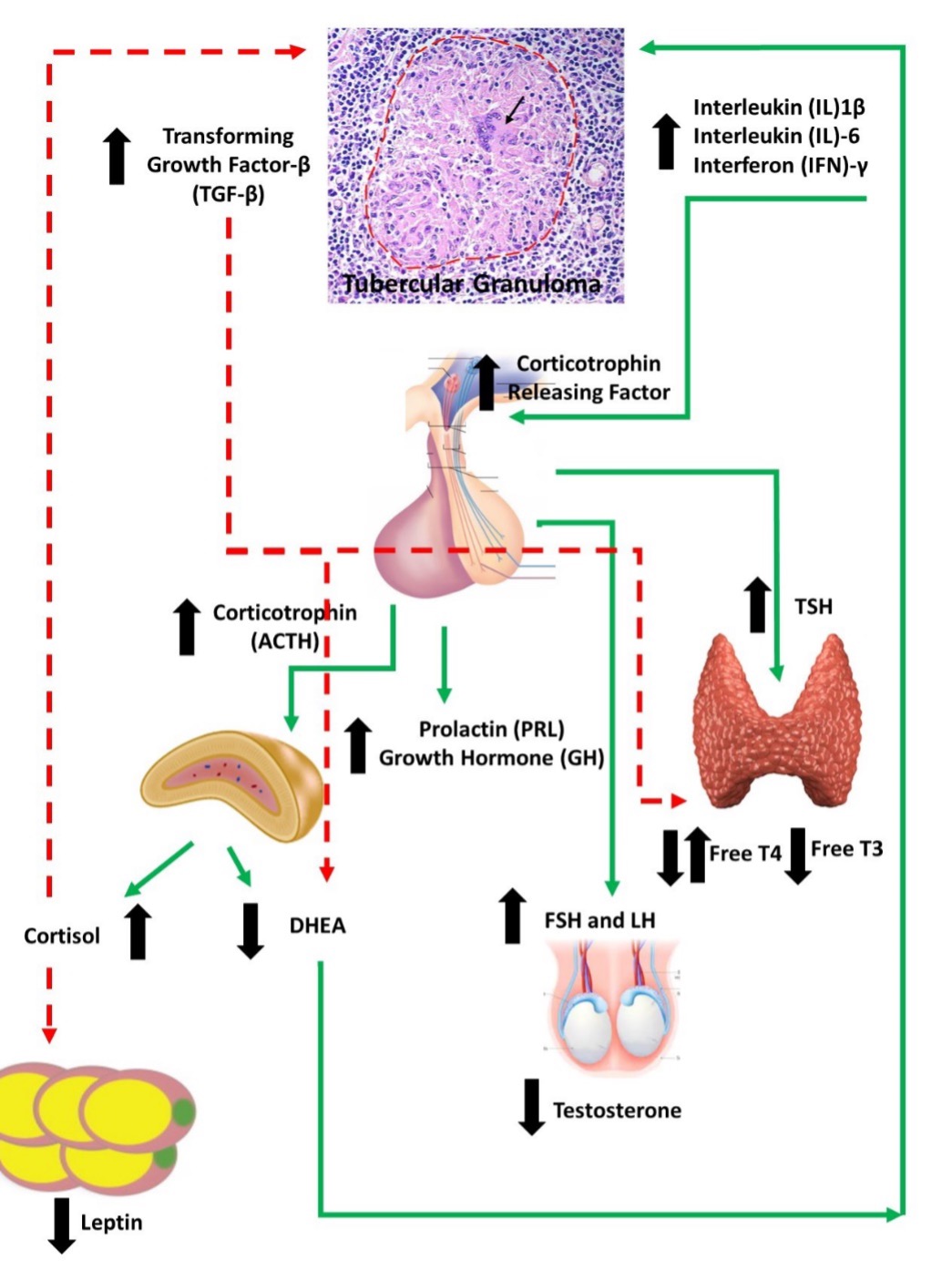 Figure 1. Immune-Endocrine changes in male patients with tuberculosis (TB). Cytokine release by the T Lymphocytes stimulate the production of releasing factors (RFs) particularly Corticotrophin releasing factor (CRF) by the hypothalamus. Increased corticotrophin release from the pituitary is followed by the increased production of cortisol and dehydroepiandrosterone (DHEA). Transforming growth factor beta (TGF-β) which is increased in TB, in turn, inhibits DHEA production by adrenal cells despite corticotrophin related stimulation to produce increased DHEA. Overall, in patients with TB there is a decrease in the adrenal DHEA production in contrast to patients with acute infections. This unbalanced cortisol/DHEA production ratios from the adrenal cortex along with a reduction in testosterone from the testes favor a Th1→Th2 T Lymphocyte immune shift. The action of cytokines and cortisol on the adipose tissue leads to reduced amounts of leptin production. Leptin is also an immune-stimulant. TB patients also display an increased production of growth hormone (GH) and prolactin probably related to the protracted inflammation, in addition to augmented levels of thyroid hormones via an increase in the pituitary production of thyroid stimulating hormone (TSH). However, despite an increase in TSH there is no change in Free T4 and a decline in Free T3 hormones because of the inhibitory effect of TGF- β This overall pattern is responsible for anorexia, low food intake, lipid mobilization, decrease in protein synthesis which all contribute to the state of cachexia seen in patients with advanced TB (adapted from D’Atillio et al) (12).