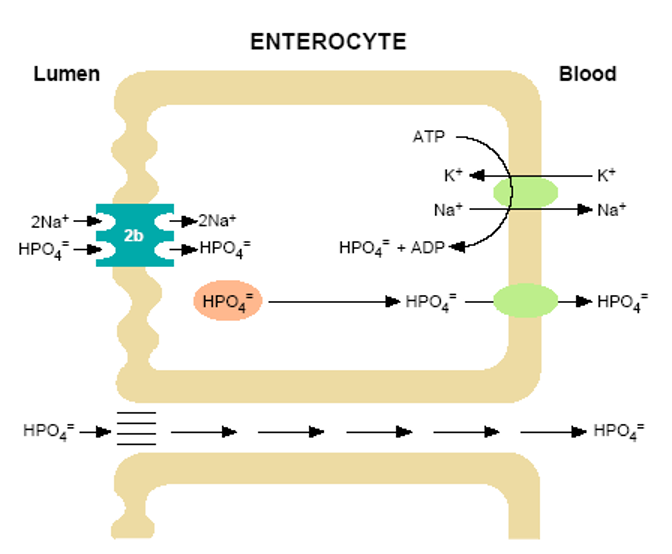 Figure 1. Model of inorganic phosphate (HPO4=) transport in the intestine. At the luminal surface of the enterocyte the brush border membrane harbors sodium-dependent phosphate transporters of the NPT2b type. NPT2b transporters are electrogenic, have high affinity for Pi, and a stoichiometry of 3 Na ions: 1 phosphate. Energy for this transport process is provided by an inward downhill sodium gradient, maintained by transport of Na+ from the cell via a Na+/K+ ATPase cotransporter at the basolateral membrane. The HPO4= incorporated into the enterocytes by this mechanism is transferred to the circulation by poorly understood mechanisms. Type III sodium-dependent transporters are also expressed on the intestinal luminal surface (PiT1 and PiT2) and contribute to this process. Considerable HPO4= absorption occurs via a sodium-independent process(es) such diffusional absorption across the intercellular spaces in the intestine. Other processes have also been hypothesized.