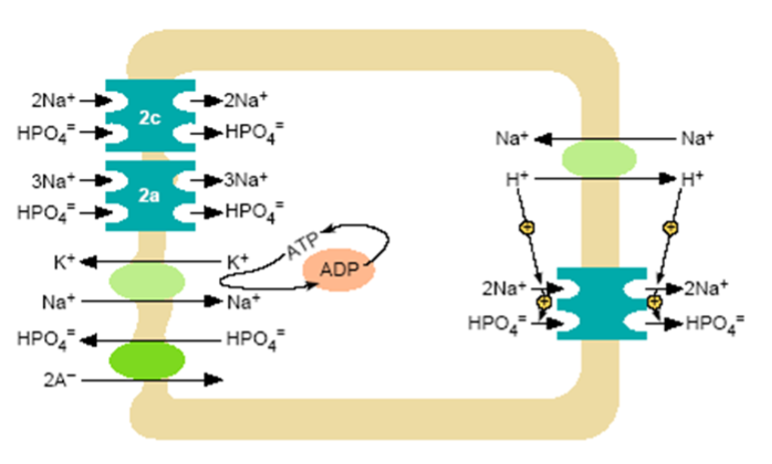 Figure 3. Model of inorganic phosphate transcellular transport in the proximal tubule. At the brush border a Na+/H+ exchanger and NPT2 co-transporters operate. Nearly all proximal tubular reabsorption can be accounted for by the SLC34 (type II) family of sodium-dependent Pi transporters. In mice, NPT2a appears to be the more abundant transporter; it is electrogenic with a 3:1 (Na: PO4) stoichiometry, preferentially transporting the divalent phosphate anion. The lesser abundant NPT2c transporter is electroneutral with a 2:1 (Na: PO4) stoichiometry, but also prefers the divalent phosphate species. In humans NP2c appears to have a more significant role than in mice. The HPO4- that enters the cell across the luminal surface mixes with the intracellular pool of Pi and is transported across the basolateral membrane. This process is poorly understood, but anion exchange mechanisms have been suggested. A Na+/K+ ATPase located on the basolateral membrane pumps Na+ out of the cell maintaining the inward downhill Na gradient, which serves as the driving force for luminal entry of Na+.