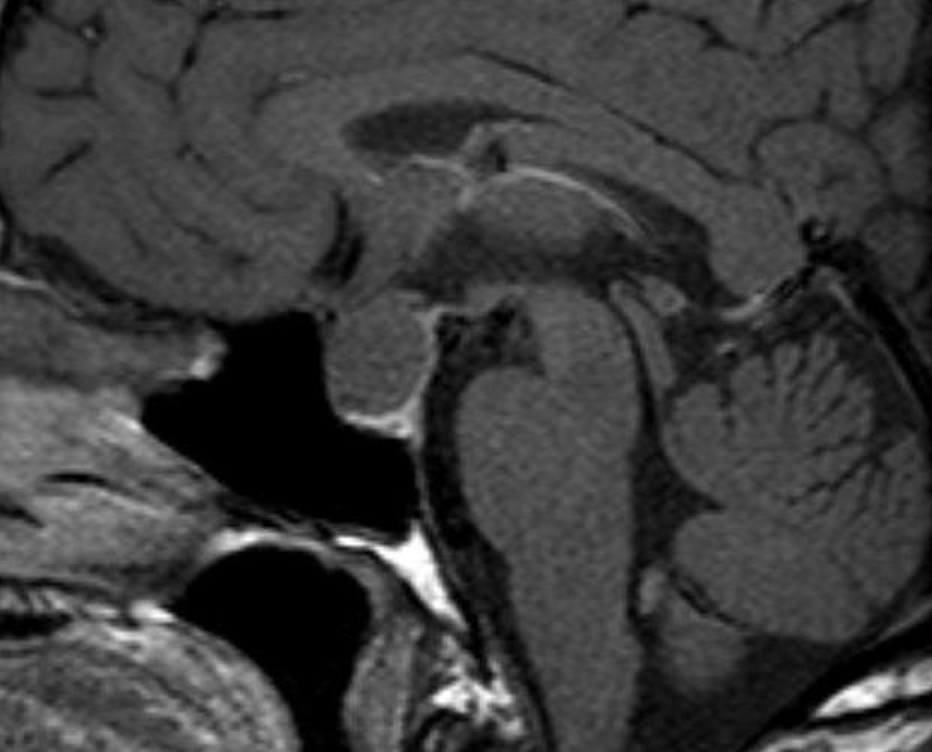 Figure 18. Sagittal enhanced T1 weighted image of a large Rathke’s cyst. The cyst is seen to be sitting on the superior aspect of the pituitary tissue which appears flattened within the sella. The optic chiasm is stretched over the surface of the cyst. After contrast the cyst does not show enhancement. The cyst shows higher signal than the CSF indicating that it has a higher protein content.