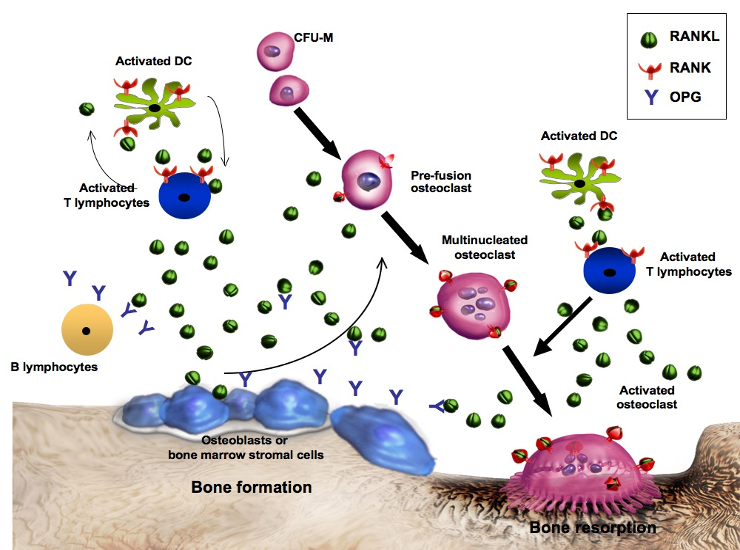 Figure 2. The bone remodeling cycle. The osteoblast (OB) orchestrates the orderly process of bone remodeling through activation signals from systemic factors including growth hormone (GH), interleukins (IL-1,IL-6), parathyroid hormone (PTH), and withdrawal of estrogen (-E2). M-CSF and RANKL are the two major OB mediated factors which regulate the recruitment and differentiation of the osteoclast (OC). Osteoprotogerin (OPG) is also synthesized by OBs and serves as a soluble decoy receptor blocking activation of RANK. Inhibition or knockout of these signals from OB-OC results in reduction in bone resorption. Other cells including activated T lymphocytes may contribute to the marrow milieu. Not pictured are IGFs which are released during bone resorption and serve as coupling factors to recruit new OBs to the surface. These peptides may also be important for osteoclast activity. Also sclerostin, a peptide produced by osteocytes reduces new bone formation by blocking Wnt signaling.